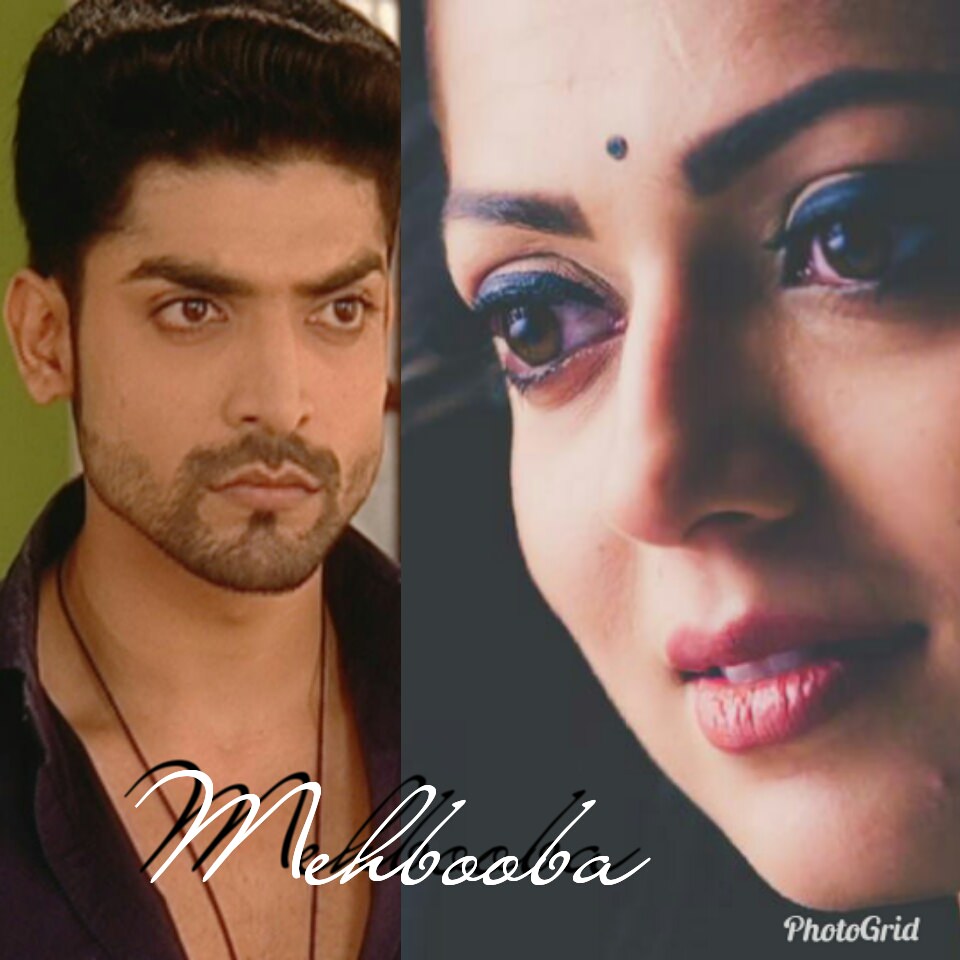 Geet was never been so happy in her while life that she was today. Her face was glowing much more as envied the shine of moon even .she laugh loudly uncontrollably twirling around in her room not able to control her happiness today.
Happiness, to go out finally.. to roam out from this cage at least few minutes , few hours..one day…she giggled again finding her reflection weird in the mirror.

Maan watch his sweetheart laughing away in happiness. Her happiness was reflecting in her twinkling hazels. He was so amuse watching her so happy just at the mention of going out. He had just asked her if she can come with him out on small trip of their place of which she is The Queen ..actually he wanted to spend time with her away from her Palace. Just both of them surely he didn’t told her that reason  but what he got in a reply was her beautiful smile , her cute dimples that he couldn’t stop but to kissed her dimple cheeks making her blush.
But still one thought linger on his back of mind that how come she is almost dancing in happiness,  didn’t she went outside. off course she would be but maybe recently she didn’t reasoning to her always in front of his eyes while he was here in the Palace.
Maan..and he heard her sweet voice calling him out taking him out of his reverie.
“How am I looking?” He heard her next question as soon as he glance at her perfect figure wrap in a silk sari looking breath taking,  gorgeous ready to burn him alive in his untamed desires for her.

Maann??? Geet called again seeing him lost in her, it made her shy as she started her play by fidgeting with pallu. It was something new feelings for her to asked him or wait for his appreciated words. .and seeing his passionate gaze glue on her make her shyer. She felt butterflies roaming on her stomach as she clutch it feeling Goosebumps all over her body in his hot piercing gaze.
Kya hua ? He asked seeing her clutching her tummy.
“Umm…something is happening here.” she blurted out innocently gesturing towards her tummy.
Maan was amused at her explanation and he get to know his effect on her. Victorious smirk appears on his lips as he takes steady steps towards her .
Geet , her heartbeats raise to new level of insanity seeing him coming closer to her with each step her heartbeat take a new beat of excitement,  thrilling & something still unknown to her.
Before she knows he was behind her almost touching his broad chest on her back , he kept her all hairs on one side and pulled her to himself from behind as his hands touch on her bare stomach making her itch her breaths. His face rested on her open neck.
“Is it here, sweetheart?”  His husky baritone left her to shiver in his arms as she clutch his hand tightly that was on her tummy creating that horrible havoc inside her. She closed her eyes giving his face more access of her neck, she felt alive again with his touch.
“Hmm…it is here only…” she replied lost in his bewitching spell, her voice was merely audible but he can hear her whisper of pleasure.
Let me check .he husk again before coming forward her and bend down on his knees .he unwrap her pallu making it fall apart from her body. His next action make Geet completely lost it.
He left a hard audible smooch on her belly button leaving her breathless.
Maaann…she moan out loudly feeling currents of pleasure running down her whole self.
And next moment he rub his beard all over her tummy making her giggle out..“Maan..stop it..” she Said between her small laughter giving him pleasure to see her smile. He smirk before kissing her bare tummy sensuously.
She felt her knees going weak, before she fell down in his arms as his arms take her falling body in them.
Geet never before felt this unknown sensation that she is feeling now. It was all new to her, she felt she is floating in air, as if in paradise being residing in his arms.
“Are you fine, sweetheart?”  He asked seeing His lady laying down in his arms with her closed eyes.
Geet slowly opened her dizzy eyes and what he saw in her deep hazels left him stun as there was affection , that hidden feelings and craving residing in her amber pool , he don’t know why that carving and for what ? Before he think further he felt her soft palm caressing his one cheek lovingly before she come forward and kiss him on his cheek ever so lovingly.
His face broke into beautiful smile twinkling her eyes aswell….Geet sneak out from back of door with the help of her loyal maid Yashoda,  who gave her to wear her ghagra choli which every maid here dress in.

Geet was never bother about her dresses or lavish life or anything  .she just wanted to have her small family of own , loving and caring husband like every other girl of her age wished to have then she would live in a small even house but that would be her own..but all her dreams crash down as the time when he entered into his life snatching her all beautiful dreams still she accept her fate and craved for the that single pounce of love from her husband dreaming all about him , only him. But he come out as such a mysterious persona that not only broke again whole of her castle of dreams but left that invisible wounds on her soul .left her desires and cravings to increase to new level of insanity that she was not able to sleep in peace .left here to die with dark shadows of loneliness and in the golden caged of his so called Palace.
But again life seems to be beautiful for her with the entry of her Mr.Khurana. the first time ever in her life she felt what is love..what care should be like…from him.
But life was so unfair with her till now that she was again fearing to come closer to him or let him come close to her own. Still she ended up being with him always in the need to get that affection , care , and to push her loneliness  far away..
But what if her her this dream castle also will fall down mercilessly by cruel fate.that fear always left weak..so weak and numb to think about the consequences.
Maan watch her beautiful face with little Frown of sadness on her forhead .she seems lost from the time they had started there travelling. They were in his car which was speeding through the lonely road in between deep forest..he like to spend time far away from the hustle bustle of city..he always comes for camping in a month to take out his stress of business and live a few days of peace in the arms of nature.
But this time one thing was different that she was with him.its first time ever someone is accompanying him , on his small camp .he don’t know what is that pull between them but he was not able to leave her for a second even from his side. He wanted her like a breath to live. He don’t know from where this feelings come to him but he was damn sure and accepted the fact that he feels something for her, his woman. He smirk at the thought feeling unknown peace surging through him with the realization.
He looked at her to see her lost again eyeing outside the window.
“Sweetheart, what happened?” He asked softly not in intention to make her scare but she flinch a bit coming out of her thoughts and stare at him confused.
“Are you fine?” He asked keeping his palm on her hand that was resting on her lap.
She felt his warmth of care surging through her whole body from his hands and she just nodded curtly staring at his face as he was looking ahead on the road still with his palm on her hand.
She lifted it slowly and taking it near her lips she kissed on his back of hand sending a message of gratitude towards him. Her lips smile at him as he looked amused and happy at her gesture.